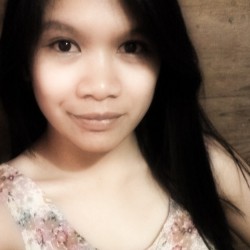 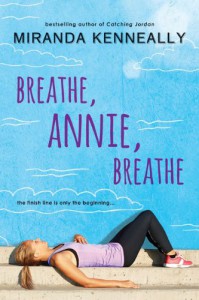 The first things that struck me when I heard a new MK book was coming out was… Another Hundred Oaks book?! The second thing was the cover and me wondering over why the sudden departure from the previous books’. Honesty time: I was not the biggest fan of the first three books. Too preachy is what I’d complained of time and time again, but there’s always that one thing or some other thing that’s kept me reading through the series. It was the last one with Savannah that had me more than slightly impressed as it had less to do with a girl and her questions on faith and more on that same girl learning who she was. THIS is more of that. I like the direction in which the series had turned, less the preachy moments and more of her (them) opening themselves to possibilities. Overall the books have become them becoming ‘more’ than what they’d thought themselves capable.

Some background: Annie has lost someone and taken on a task to honor him. As she gets ready to just that she allows us glimpses of why things changed and how things have changed… not just between her and Kyle, but between her and her friends as well as between her and her family. Clearly one thing touches on all the rest here. Right off the bat, I liked that she’s not unsure about what she didn’t want. Sure, sad consequences followed, but that she knew herself enough to answer the way she did, despite the unavoidable reaction, felt real.

Feelings abound in this: Feelings of guilt as well as feelings of anger that come about for varying reasons; they’re all explored then faced. Through all those, her experience came out clear and then clearer to me and as a result she’s likely the most sympathetic of all MK leads I’ve read so far. Her recollections on who she was with Kyle and the changes she’s put herself through. Particularly, it’s her “why” that had me wanting to know more of her. There’s an awareness of the screw up’s made, but a refusal of sorts to take ALL the blame (eventually). It’ is said eventuality that made me like her even more because before coming to that point: she put herself through pain- emotional mental and even the physical.

Things change and things don’t stop. That she breaks over what’s happened but doesn’t stop allows for more and more people to enter her life. First the re-connections: Kelsey and her mother in particular. Later it’s all those new people, particularly Jeremiah. It’s regarding the first that more moments of guilt –except-why-should-I’s on her part happen. And it’s this that made her read young to me (this is not necessarily a bad thing)… because despite all that’s happened, she IS young. It’s this second aspect that’s explored more with Jere in the picture.

While the this whole YA series has been a cross of sports and romance, I was never a big fan of the overly sweet romances that took place… that’s not completely what I felt here. The newness of what she feels for him is complicated by what she still feels for Kyle. So, complicated? You betcha! But as things move forward, the clearer it becomes that Jere’s a totally separate thing from what she was and who she knew. But getting to that point? Well, not all is sweet and not all is easy. I like that. That Jere isn’t the just the new guy, but one with baggage all his own made for them together even more interesting. It’s not just HER in this one after all.